Comparing US and UK Picture Books: An Analysis of Cultural Contexts Between Award-winning Titles

Elizabeth Dulemba is an award-winning children's book author, illustrator, teacher, and speaker with over two dozen titles to her credit, from board books to a young adult novel. She just competed an MFA with Distinction in Illustration from the University of Edinburgh College of Art and will begin a PhD in Children’s Literature at the University of Glasgow School of Education, fall of 2017. In the summers, she is Visiting Associate Professor in the MFA in Children’s Book Writing and Illustrating program at Hollins University (Virginia, US). Currently, she is illustrating a picture book by Caldecott-winning author, Jane Yolen and Adam Stemple, for Cornell Lab Publishing Group (2018). Learn more at: www.dulemba.com.

My dissertation objective was to observe similarities and differences between award-winning children’s book titles from the US and UK to see if trends or cultural differences could be identified. As an American creator studying in the UK, I wanted to understand what works in both countries and what doesn’t. By comparing a decade’s worth of titles from the US Randolph Caldecott Medal run by the Association for Library Service to Children and the UK Kate Greenaway Medal run by the Chartered Institute of Library and Information Professionals, I learned a great deal about design variations within the two cultures.

I also located some aesthetic homogenization through analysing these select titles, finding interesting signifiers in two titles especially that deserved further exploration. They were Sophie Blackall’s Finding Winnie (Mattick and Blackall, 2015) and Jon Klassen’s This is Not My Hat (Klassen, 2012). We’ll begin with differences between the US cover of Finding Winnie (left), and the UK cover (right). 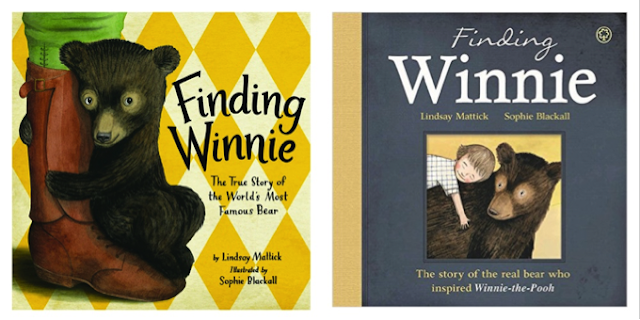 Figure 1 & 2 - Covers collected from Amazon.com (US) and Amazon.co.uk (UK) respectively
Here we can observe the negative vs. positive space distribution. It is less prominent on the US cover, where the image takes up more space and Winnie faces and engages the viewer. In contrast, the UK version has more negative space, with the imagery neatly framed upon a sombre background, implying distance. As Perry Nodelman says in Words About Pictures, “…looking at events through strictly defined boundaries implies detachment and objectivity, for the world we see through a frame is separate from our own world...” (Nodelman, 1988, p50)—engagement vs. distance.

This idea is reflected in the different font treatments and how they place emphasis on different words within the titles. Both the words Finding and Winnie have equal weight on the US cover, while on the UK cover, Finding has been allotted less gravitas. Therefore, the US cover implies that the action of “Finding Winnie” is the dominant theme, whereas the UK cover implies that the character of “Winnie” is the focal point—action vs. character.

The Finding Winnie covers are prime examples of a key difference between the two data sets—colour. I combined the ten covers from each set of titles into one image in Photoshop™ as shown here. 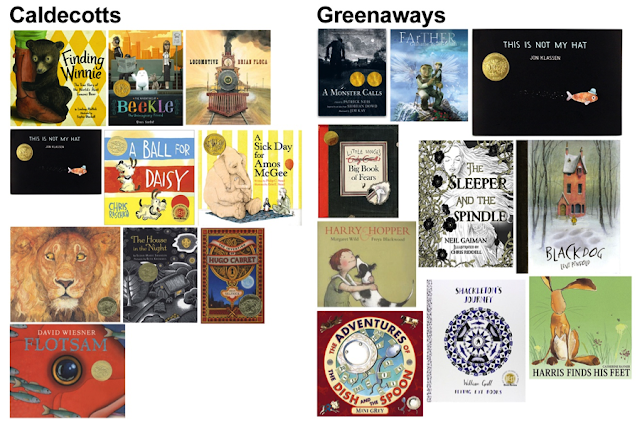 Figures 3 & 4 - Caldecott and Greenaway-winning titles.
I then employed PaletteGenerator.com to analyse the images, presenting their colour usage through percentage breakdowns. Here we see the top ten most prominently employed colours in each conglomerated dataset, the Caldecott palette on the left and the Greenaway palette on the right—warm vs. cool. 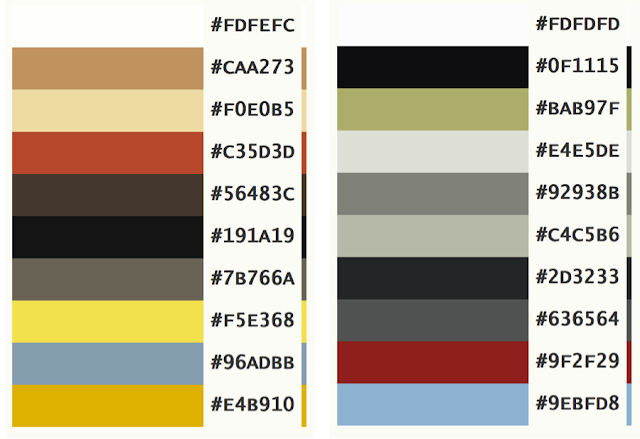 Figure 5 - Palettes created at PaletteGenerator.com
As reinforced in the covers of Finding Winnie, we see two yellows on the US side, and no yellows at all on the UK side. In Roland Barthes’ “Rhetoric of the image,” he explains that compared images “… require a generally cultural knowledge, and refer back to signifieds each of which is global (for example, Italianicity), imbued with euphoric values” (Barthes, 1977, p154). These two covers exemplify Americanicity and UKicity between the cultural contexts.

But why is this? As publishing companies merge and align their publishing goals, it can be assumed that marketplace differences should be growing less pronounced, leading to an aesthetic homogenization of cultural content. On the positive side of this idea, Gillian Lathey says, “The ‘language’ of pictures is generally regarded as international, capable of transcending linguistic and cultural boundaries” (Lathey, 2006, p113). However, Martin Salisbury expresses concern that “The rich diversity of artwork from across the globe is increasingly threatened by the growing necessity for publishers to sell co-editions of their books to other countries, most importantly the USA” (Salisbury, 2007, p6).

Indeed, crossover books between the US and the UK have become mainstream. Many top publishing houses in the US, like Penguin Random House, HarperCollins Children’s Books, and Macmillan have offices and headquarters in the UK, or closely related divisions like Walker (UK) is to Candlewick (US). The US and UK share a healthy crossover of content and titles with publicity oftentimes aimed at both countries as they share the same marketing goals. In fact, UK books often rely on licensed US sales to make a profit beyond their geographically limited marketplace.

Therefore, it is surprising that only one book in my dataset proved this homogenization by remaining identical in both markets, Jon Klassen’s This is Not My Hat (Klassen, 2012), despite being created by a Canadian author/illustrator, picked up by a US publisher (Candlewick), and sold to their UK counterpart, Walker Books. As such, we can learn much by analysing this cover: 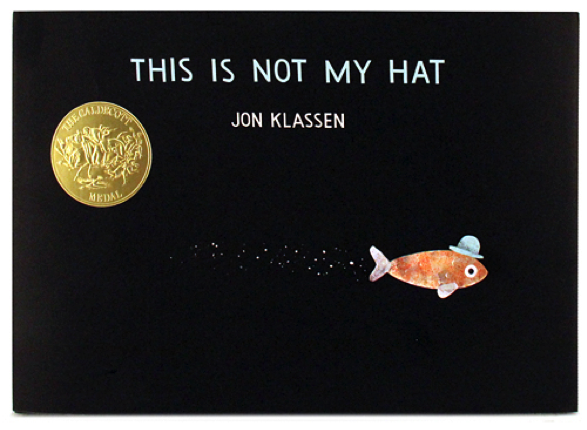 Figure 6 - This is Not My Hat (Klassen, 2012)
Despite the book’s popularity, some critics disapprove of the story’s message, a suggestion that capital punishment is justifiable for theft (“This Is Not My Hat by Jon Klassen"). It’s a book that evokes strong reactions. Perhaps the controversy is one reason why the book did so well in both markets: it drew attention.

If we look at This is Not My Hat in comparison to the other award-winning titles, further reasons become clear. The cover design utilises broad areas of negative space with an anthropomorphized character who is both distant and looking at the viewer, while in motion. The colour palette has both a sombre background and bright fish—warm and cool.

This implies that the separate Americanicity and UKicity of books is diminishing rather than broadening. Salisbury says, “A tour of the annual Bologna Children’s Book Fair, for instance, reveals that, at present, UK publishers are deeply conservative in their use of illustration as compared to, i.e., their French, Italian, Norwegian, German and Scandinavian counterparts. When asked about this, most UK publishers will claim that, much as they love the ‘sophisticated stuff’, they can’t sell it. It is never easy to know who is leading whom here,…” (Salisbury, 2007, p6).

Does that mean that publishers are intentionally seeking books that will translate into both US and UK markets without adaptations—that books are indeed becoming aesthetically homogenized?

When asked what some of the key differences between the UK and US markets for children’s books today are, Tessa Strickland responded, “I don’t really see myself as developing books for the UK and the US; what I notice is that the books attract people with a certain kind of sensibility, and those people can be anywhere in the world… there are far more similarities than differences and with very few exceptions, the same books tend to do well in both markets” (Withrow and Withrow, 2009, p179).

As our markets become more global in scope, perhaps their separateness is the strangest thing about them, as books like This is Not My Hat (Klassen, 2012) suggests we may see more crossover award-winners in the future. Indeed, the most recent UK Carnegie and Greenaway winning titles, Salt to the Sea by Ruta Sepetys (Sepetys, 2017) and There is a Tribe of Kids by Lane Smith (Smith, 2017) were created by Americans.

A recent personal visit to the Bologna Children’s Book Fair (2016) revealed a vast range in picture books from around the world, including the US and UK. Certainly, some aesthetic homogenization was evident; however, overall, distinctly different products were displayed. Perhaps it’s the diversity of our markets that makes them so rich and interesting. “As Cotton notes, the picture book is one of the most accessible means of conveying cultural values; thus it has the potential to be an effective agent in the dissemination of a sense of respect for the attitudes of others” (Harding et al., 2008, p9).

In conclusion, we can infer that our cultural backgrounds influence differences between the two sets of books, but perhaps more commonality is achieved through the dedication of producing appealing works in general. Harding sums up the idea well, “…a good deal of mutual understanding of our different cultures can be disseminated by the interchange of picture books… In spite of all we have in common, there is an amazing richness available to us whenever we look beyond our national boundaries” (Harding et al., 2008, pp9-10).