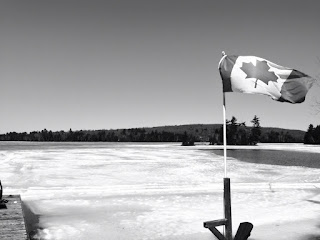 Erin Spring’s guest entry for this blog emerged from her research on reading and young people in Canada. The influence of space and place has increasing been revealed as a significant factor in the way readers respond to texts but also in how reading fits into their lives and experiences. We believe Erin’s work will be of interest the readers of this blog given it has implications for understanding the relationship between identity and literacy practices of not only of adolescents and young adults who grow up in, and stay attached to, their community but also for those who have moved within their countries or migrated from one country to another.


Erin Spring is a Postdoctoral Fellow in the Institute for Child and Youth Studies at the University of Lethbridge, Alberta. She is currently working with First Nations readers who live on a reserve in southern Alberta. This blog post draws on her doctoral work, which she completed in the Faculty of Education at the University of Cambridge. Her most recent article can be found in the journal Children's Geographies (see References).

Chloe had been living in Toronto for three years, having previously lived in Seoul. Toronto came to represent the freedom of adolescence, as she distanced herself from the Korean community, including her mother. Chloe considered herself to be a ‘Canadian’ and interestingly reflected on the ways in which she would be an outsider if she returned to Seoul, even though she spent the first thirteen years of her life there. Although Irina and Chloe shared the migrant experience, the process of moving from one place to another was drastically different for these individuals. In different ways, the act of reading these texts encouraged Irina and Chloe to reflect on their journeys between places. Talking about their experiences as migrants was facilitated by their readings of these texts.


These multiple constructions of place, outside of the texts, undoubtedly informed my participants’ readings of the research texts. Liam, for example, perceived Caution (Wynne-Jones’ protagonist) to be ‘from her mother’ rather than from a geographical place. He focused on the relationship between Blink and Caution, and their trajectories as friends, rather than on the physical journey these characters took across and between spaces. Irina, who resisted being an insider to Canada, reflected on Abilene’s arrival in Manifest, and her experience of being the ‘new girl’ at school. Calla, from Kirkville, had a very superficial understanding of the streetscape of the city, as a result of having been driven between places (school, ballet, etc.) by her parents. Her lack of independence in the city came up against Blink and Caution’s freedom in space. She found it difficult to follow their movements between and within places, as they had ‘more information’ than she did as a reader.


My research opened up multiple place distinctions that were not rooted in these geographies. In each case setting, my participants attended the same school, and lived in the same community, but they all saw these places differently. Their constructions depended on, for example, where they had previously lived or travelled; who they lived with; and where (and what) they imagined themselves leaving or staying for. My young adult participants were capable of extremely sophisticated, complex judgments on their own and fictional characters’ experiences of place. They articulated recognition of these connections within their own lives, and were open to and interested in the place experiences of others.


My research contributes to our knowledge of young adult readers and their constructions of place and identity, within and beyond the text.